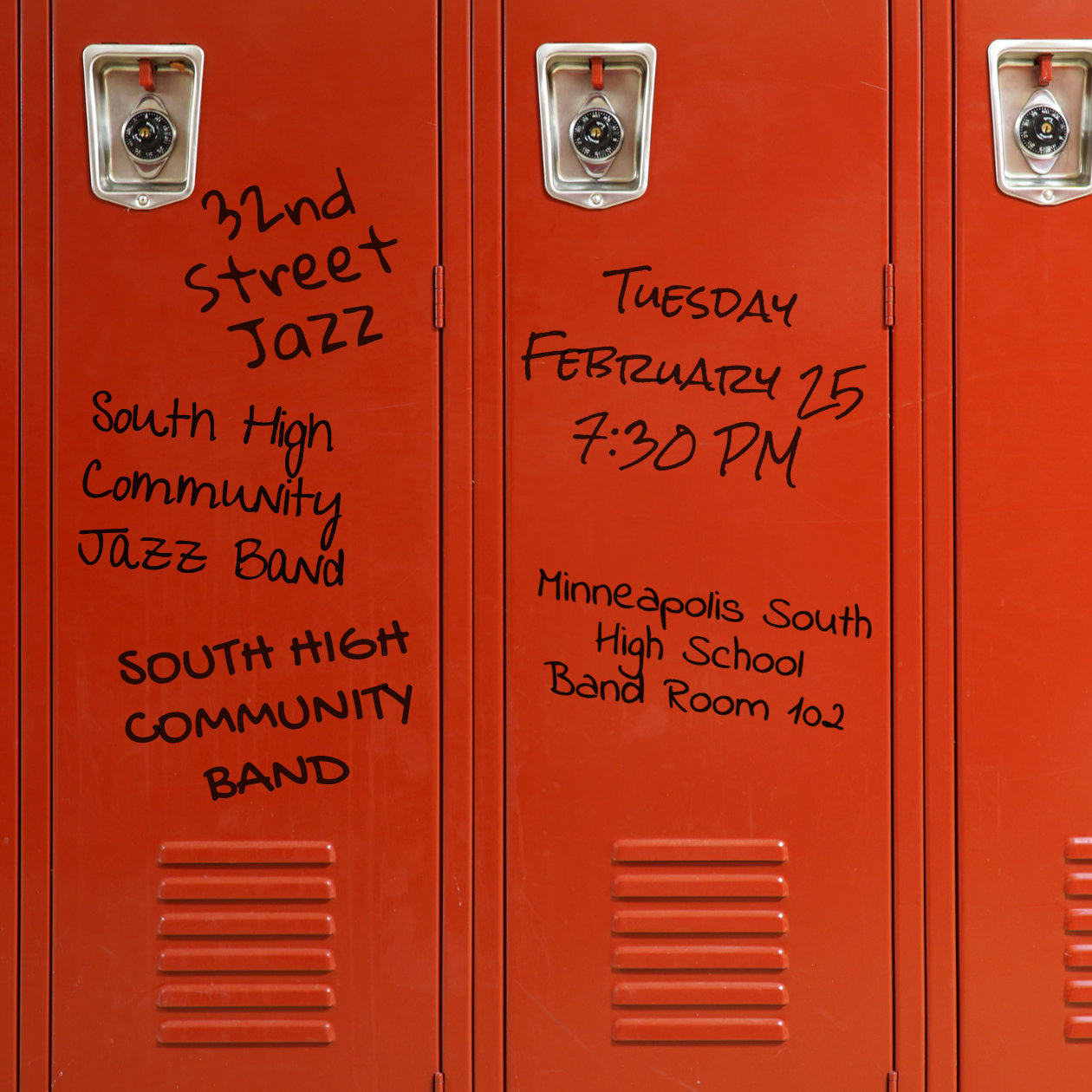 We’ll be performing along with the South High Community Band and Jazz Band for their Winter Concert, which will be held in ! Mona, Brandon and Scott will also be performing with both SHCB ensembles.